Twenty-six years ago, exactly on July 7, 1974, we remembered Holland with its Total Soccer. At that time, the world cup final was being held between the Netherlands versus Germany. Anyone who felt sane at that time would choose to champion the Dutch, who came out as champions over Germany. I asked without regard to a sense of nationalism, and the Germans would certainly answer the same thing.

The Netherlands, under Michel’s brain and Johan Cruyff’s feet, is an image of the rhythm of soccer. How to make an attack tactic pattern without worrying about the defense being loose, even on the contrary, what would it feel like to have a Maestro as smart as Cruyff, like what the way is to present an attractive spectacle that can make opponents and spectators amazed, is a series of questions that have been completely answered by the Dutch. The only question the Netherlands had yet to answer was: being able to give (title) what Total Soccer is for a nation called the Netherlands?

That night an answer was issued by the maestro, when two goals from Paul Breitner and Gerd Muller cut Johan Neskens’s goal: “Beauty will always be remembered, even more than winning.”

Yes, the Netherlands lost 2-1 to Germany, and the world said, “not fair!” Throughout the tournament, the Dutch who played extraordinary, even when facing Germany, apparently had to lose by Germany, who played very carefully and tended not to enjoy the game.

Henk Spaan, a famous Dutch Soccer observer, said that what Cruyff said after the defeat was a “rationalization of the defeat.” After the defeat, many people began to enjoy soccer not merely by winning or losing, but more likely as an art game that prioritizes skills rather than results. And from the moment Cruyff issued a statement which he still believes, the Dutch began to trace the world of soccer with a doctrine: beauty and attacking games.

But, not many people agree, of course. Especially if the question of “beauty is more sacred than victory” is asked to adherents of soccer pragmatism like Fabio Capello or Jose Mourinho, the answer is too sure we know: “No!” We still remember how “pragmatics” in soccer had much cut down the beauty of art in soccer. Besides Germany in the 1974 World Cup, AC Milan in the 1994 Champion Cup with Capello also did the same thing. Milan, who on the eve of the top of the Champion Cup at that time met Barcelona’s “Dream Team,” on paper and through the prediction of a professor of soccer even after being sentenced to lose, crushed Barcelona four goals without reply. Then the most actual is Internazionale Milan, which on Wednesday 20 April 2009 successfully threw Barcelona, ​​the defending champion, with a convincing score of 3-1. 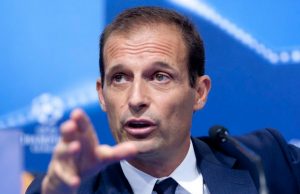 In that match, Mourinho was transformed into Helenio Herrera, the architect who created the bombastic idea that we know as Catenaccio. The defense was so well-built and tough, the dense midfield and clever attacking line were also agile, making Inter that night like a typhoon that rolled out a sheep farm called Barcelona. The defeat in the group phase match of Barcelona before seemed to have no trace. Inter deserved to win, apart from the leadership of the referee suspected as the ringleader of Barcelona’s defeat. Then the crowd said that that night was the victory of “the art of survival.”

What exactly is “beautiful” and deserves to be called “art”?

I remember Stockhausen, a famous German composer, who shortly after the WTC tragedy, said: “That is the greatest work of art for the entire cosmos.” Since issuing the statement, he has also been criticized because it is considered to insult the feelings of the victims’ families and the people of the United States. Is it wrong for Stockhausen, if we remember that in 1911 the painter Marcel Duchamp once included a urinary tract in an art exhibition in New York? Again, which one is not “art” and deserves to be called “art”?

Recognized or not, there is a kind of authority that is so powerful in determining a work of art. A work of art is supported by the following: an “appropriate” institution and geography and a fatwa. Say a plain white canvas placed in a famous art gallery filled with art students, art critics, and Johari curators, who compactly say that the canvas has the potential to touch the heart of “contemplation,” “nothingness,” or something which symbolizes “solitude.”
This shows that there is an institution there (art students, critics, and curators). There is an appropriate geographical position (famous gallery). There is a fatwa: that the blank canvas has the potential to create an impression in the hearts of everyone who sees. In other words, as long as an authority baptizes something as “art,” then all things can be saved and enter into the discourse of art. Is that so?

Roberto, as the owner of the Agen Sbobet site, also stated that “Soccer is an Art, Not Just a Tactic.” The site he pioneered is known to be very successful and able to make lovers of gambling at home linger on the site. Because not only games that involve sports that he provides, but other interesting games are also available, for example, Online Poker, Live Casino, Slot Games, and many more. 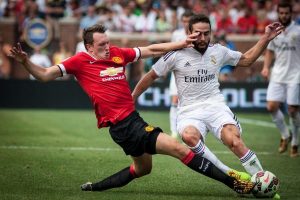 It seems like a dialogue is needed like that when many people tend to consider Total Soccer as an “art” in the game of soccer, while soccer pragmatism that carries the principles of Catenaccio tends to be forbidden to enter the category of art in soccer. This kind of dialogue space is also needed if you want to believe that now is the time for defending soccer to become the “art” of playing soccer. Whether you need the dialogue space or not, you still have the authority to choose.

It’s as easy and as difficult as that, isn’t it? 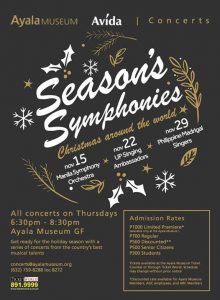 Scroll back to top
FILIPINO ART